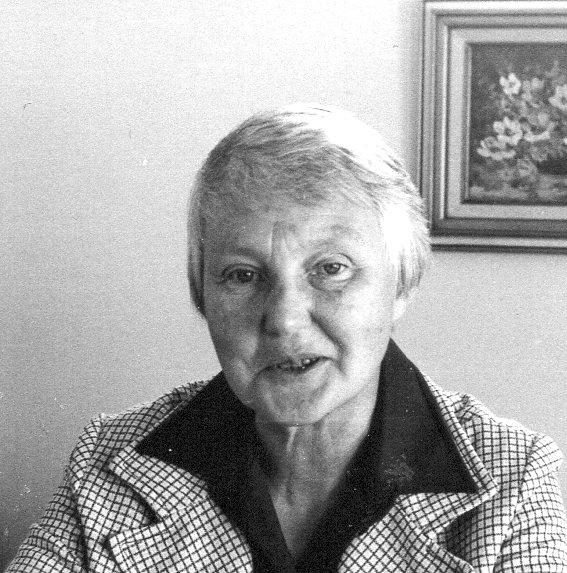 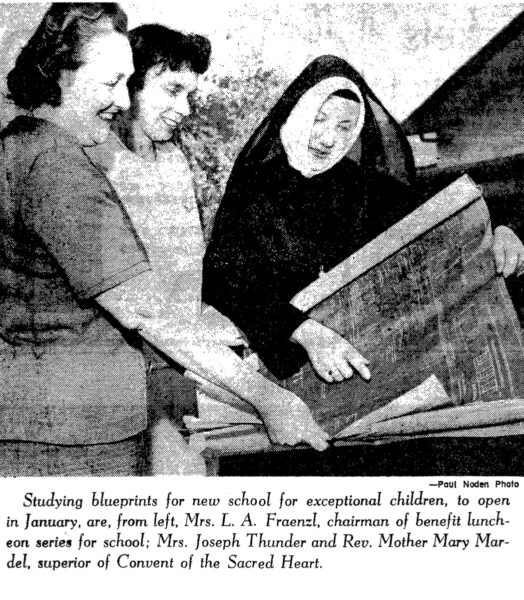 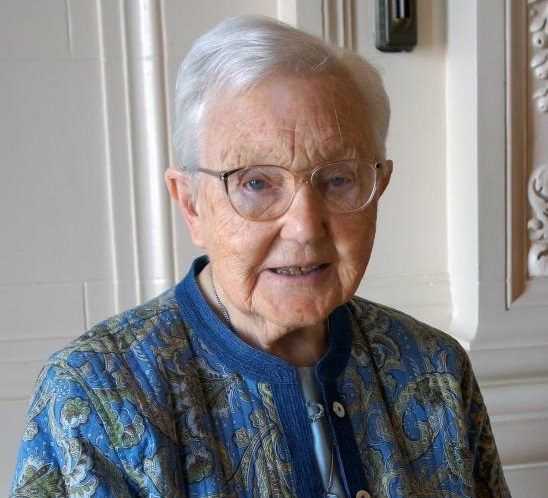 Sister Mary Mardel, who played a key role in the founding of St. Madeleine Sophie’s Center, will celebrate her 103rd birthday on March 3, 2021. Sr. Mardel currently resides at “Oakwood,” the retirement center of the Society of the Sacred Heart in Atherton, located in northern California.

In 1965, Sr. Mardel, superior of the Convent of the Sacred Heart, an elementary and secondary school for girls located on the property adjoining the Center, listened to a call.  That year, the Society of the Sacred Heart was celebrating the centenary of the death of its foundress, St. Madeleine Sophie. All the Society institutions throughout the world were asked to do something significant to honor her legacy.

At this same time, parents, whose children were enrolled in the school, insistently asked Sr. Mardel to help them with the education of their children with special needs, who were at home. Two of these mothers were Genevieve Thunder and Peggy Fraenzel.  There was no provision for their children in the public schools. Initially, Saturday classes were provided, but Sr. Mardel soon realized that a more extensive education was needed. She decided that a school for these children would be the best way to honor Madeleine Sophie, whose entire life was dedicated to education. Six acres of land east of the school were purchased, and Mrs. Elizabeth Parkman, a generous friend, donated $25,000 for a building.  The first class of 8 (eight) children began in 1966.

Recognizing that the needs of preschool-age children with developmental disabilities were going to be met by the public school system, SMSC determined in 1972 to change its focus and transitioned its services to meet the needs of adults with developmental disabilities. In 1975, a federal law mandated that the public school system educate children with special needs in the public schools. Over these 55 years, the Center has grown to be the unique place we know today, providing a wonderful variety of programs to over 400 adults. One of the original students, Anne Thunder, still attends the Center.

To honor Madeleine Sophie, Sr. Mary Mardel, a woman with a vision to educate those with special needs, responded to a call. Now, at 103 years, she has the deep joy of knowing one of her greatest desires came to fruition at St. Madeleine Sophie’s Center in ways she never had dreamed.